Privacy dissolves, and with it our concept of the democratic public. Thoughts on Cambridge Analytica and the consequences of the scandal on Facebook data. 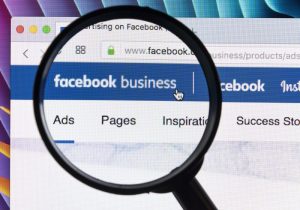 Facebook has apparently been and continues to influence elections and voting, not to say manipulated. And how many others do I wonder if it was not a big mistake to make Facebook so big, but also if on the other hand it would not be a huge mistake to leave Facebook to the right. Because that would be the consequence of a retreat of those few who still read what Facebook does with their data so everything. What to do? At any rate, it does not seem to matter much how I design my “private settings” on Facebook: what I do, see, search on the internet, yes, where I move and stop, everything, everything is recorded, stored and processed. Obviously, my only option is to disconnect completely – and even then to seek technical help, so as not to get further and further traced – or to accept that three or four global corporations know just about everything – and that they pass it on. Tailor-made news and fakes over the past few days, I have seen more clearly than ever before that this raw or even processed data is resold to an enormous extent, that is the essential part of the business model of Google, Facebook and Co. The fact that “micro-targeting”, which allows selected small and micro groups to be recorded with precisely tailored news and fakes, influences entire elections, if they are not manipulated (the borders are fluent).

What all this information about me in the hands of a right-wing government, a tough-right Interior Minister, I do not want to imagine. But it should, because it is increasingly unlikely that people like Herbert Kickl do not do everything to get to this data. I still manage the illusion that they could not do anything with it anyway.

The whole choise does not get any better if I keep in mind that it is not just about me as a private person. What does private person mean here? We are faced with the complete dissolution of the private, but with it also a dissolution of our concept of the democratic public – because that presupposes a sphere in which no one can see. And this sphere is past. What does that mean politically? Get out of this situation is very difficult. Getting out does not mean leaving social media their rights, but also new hardware. New telephone number. Completely new habits on the edge of – obviously more than justified – paranoia. Or eyes to and through, what’s the point, I find out just that there is no privacy, no democratic public, therefore actually no democracy, as I have learned. Whether cat videos, advertising or (political) communication – it’s a damn high price.

Written by Georg Bürstmayr, a Lawyer and politician, 30.3.2018), published at Der Standard, derstandard.at/2000076927984/Wir-zahlen-einen-verdammt-hohen-Preis-fuer-Katzenvideos

Translated from German by SCM. Published with permission.